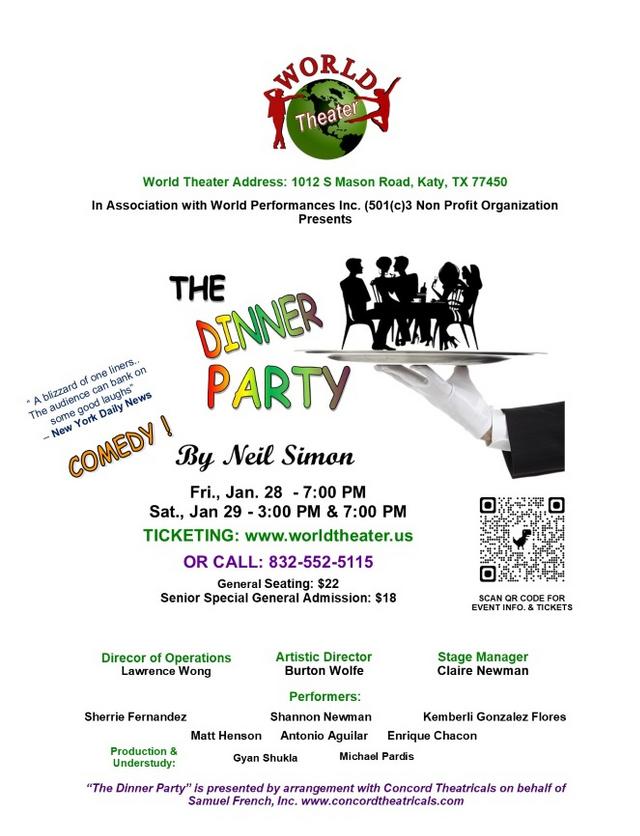 Here is a decidedly French dinner party served up in a chaotic mode that only a master of comedy could create. Five people are invited to dine at a first rate restaurant in Paris. They do not know who the other guests will be or why they have been invited. Tossed together in a private dining room, they have a sneaking suspicion that this unorthodox dinner party will forever change their lives. John Ritter and Henry Winkler starred in the wildly successful Kennedy Center production and on Broadway.

​“ A blizzard of one liners.. The audience can bank on some good laughs”       New York Daily News

The ​​World Performances Inc. principals have years of experience producing Theatrical Productions and Special Events working with nonprofit  organizations including UNICEF, Stages Foundation for the Performing Arts, Express Theatre, The Players Theatre, along with City Parks and Recreation Departments. Noted productions have included  AsiaFest and the Houston International Festival among others.​